You’d think TWR’s partners in war-ravaged Ukraine must be overwhelmed struggling to protect life, liberty and property and unable to do any more than maintain a minimal workload. However, they continue to astound us with their grit and dedication to serving God and their compatriots.

We praise the Lord that the team members remain safe, though many are scattered and facing varying degrees of distress. As covered in earlier reports, leader Alex Chmut* and some of his team members have been able to return to the main office and studios in Kyiv at least part-time to produce gospel programming needed now more than ever.

Only this week we learned that the producer of the programme Roma Camp Moves On is continuing to write and record Bible-based broadcasts for this people group known widely and sometimes disparagingly as Gypsies. Believed to number in the hundreds of thousands in Ukraine, Roma populations are found in many parts of Eastern Europe and face lots of challenges, such as discrimination and high rates of poverty.

Recent news reports indicate that Roma war refugees, many of whom are considered stateless, aren’t welcome when they seek temporary shelter. TWR Europe and partnership teams like the one in Ukraine have a heavy burden for the Roma and continue to develop wide-ranging broadcasts and in-person outreach throughout the region. 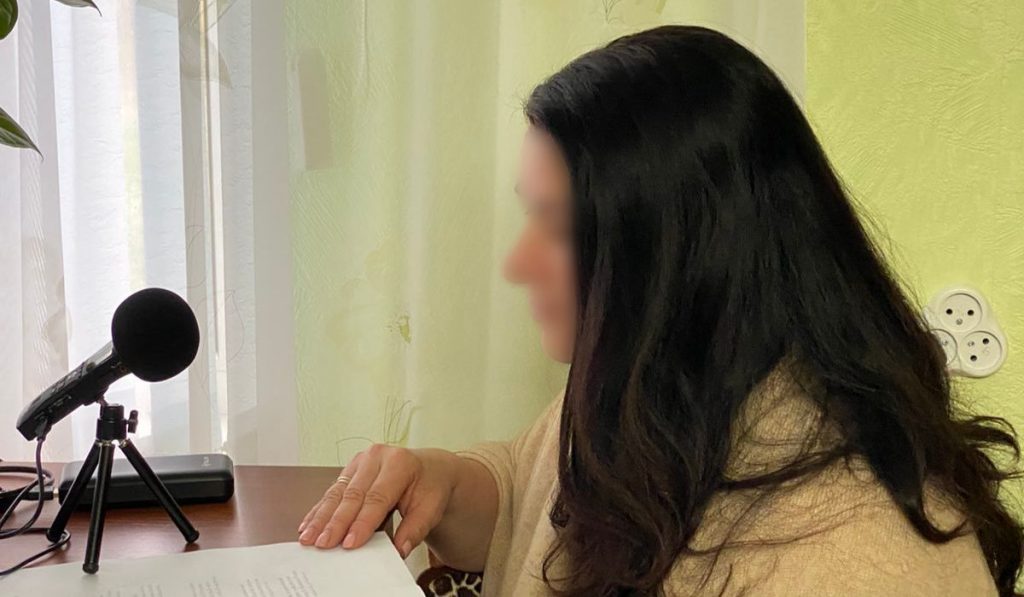 Natalya, a TWR Ukraine staff member, has continued producing radio programs in makeshift studios. The war has driven her family to seek safer quarters in various parts of the country. [image courtesy of TWR Ukraine]

Another Ukraine team member, Natalya, keeps producing her series, Kaleidoscope, despite having to move about the country to avoid wartime hot spots. Currently, she’s based in the Kyiv area after having moved from the eastern part of the country to the south and then to the north.

“The stories of people I had to record this month brought tears and admiration,” Natalya said. “Sometimes I had to work in different conditions as sirens and explosions were increasingly being heard in the Odessa region.”

Rostislav, the deputy director of our Ukraine partner, is another fine example of the team’s drive to continue ministering no matter the conditions surrounding them. Though he works most of the week at the headquarters in Kyiv, on the weekend he travels several hundred kilometres to the refugee camp where incapacitated family members still live.

And it’s not just over-the-air programmes that the team manages to keep producing at an impressive rate. In addition to writing and recording these and then sending them over the border for final production and broadcast back into the country, team members post compelling, timely videos on social media almost daily. Video hosts have been providing monologues about “the realities of war and advice on how to avoid misinformation.”

Please pray with us:

* As a security precaution, we give only the first names of our team members but have received permission to provide the leader’s full name.